A proud Neapolitan, Peppe arrived in the island some 20 years ago and has worked his way through the ranks to now run his own renowned Italian restaurant with his brother, Sabino. He describes his style of cooking as 'simple cuisine with an Italian memory'.

"The basis of Gusto's menu is in the land we were born in, in the smell of the sea, in the scent of lemons but also in the produce we can source, and Guernsey is fantastic," said Peppe.

Gusto embraces local produce as much as they can but there is one local delectation that literally turns Peppe's stomach - milk.

"It is devastating as I am lactose intolerant so can't enjoy Guernsey milk. It impacts my digestion and as lovely as everyone tells me it is, I just don't have the stomach for it - until now."

Peppe has a severe reaction to lactose and therefore, stays clear of it. He can consume hard cheese and other dairy products but milk and soft cheese he avoids.  Although Peppe's condition is serious, he believes anyone who thinks they have intolerance to food should not believe the hype and take medical advice.

"You certainly shouldn't be influenced by bloggers or vloggers on the internet. I have a genuine intolerant reaction to lactose and therefore I simply can't consume it," said Peppe.

A recent National Osteoporosis Society survey found a fifth of under-25s are cutting out or reducing dairy in their diet. It said it was concerned many young adults were putting their health at risk by following eating fads influenced on social media. The charity surveyed 2,000 adults, including 239 under the age of 25 and 339 aged 25-35.

A recent Food Standards Agency survey also found that nearly half of the UK's 16-24 year olds said they had intolerance to cow's milk and dairy products, compared to just 8% of over-75s. Yet only 24% had actually had their condition diagnosed by a doctor.

Professor Susan Lanham-New, head of nutritional sciences at the University of Surrey said: "Diet in early adulthood is so important because by the time we get into our late 20s it is too late to reverse the damage caused by poor diet and nutrient deficiencies and the opportunity to build strong bones has passed."

Unlike food allergies, which are caused by an over-reaction of the immune system, intolerances are not life threatening. They occur when the body finds it hard to digest a particular type of food and producers have adapted products to ensure people like Peppe can still enjoy the nutritional benefits of certain foods.

Peppe has to cater for all types of customer requests. "My own experiences mean I never take people's requests lightly. We cater for allergy and intolerances in our restaurant kitchen and in our coffee shop too as more people switch to lactose free milk," said Peppe.

The lactose free market has gained popularity particularly within the dairy sector where the variety of products has grown exponentially in recent years.

The demand for traditional milk alternatives has resulted in the Guernsey Dairy producing its own lactose free product. A low-fat milk which contains all the nutritional benefits of its normal milk but without the lactose.

Alex Tielles, Quality Assurance and Compliance Manager at the Guernsey Dairy explains how the process works.

"To make our lactose free milk, we add lactase enzyme to break down the lactose.  This splits the lactose into different types of sugar, rather than the one naturally produced by the cows, although in the end it contains the same amount of sugar as normal milk."

The Dairy laboratory staff carried out tests for each trial and found no detectable levels of lactose remaining (typically it contains less than 0.01% lactose but can contain up to a maximum of 0.03%). This was verified by an accredited independent UK-based testing facility.

"The introduction of lactose free Guernsey milk is great for us, in my experience islanders want to support local producers and we certainly serve a lot of coffees with lactose free milk," said Peppe.

Last August, after growing demand from customers and consumers, the Dairy began to fully investigate the feasibility of producing its own lactose free milk made from fresh Guernsey milk.

"An initial trial batch was made to test the methodology behind our research before committing to two larger production runs. This gave us the confidence in the manufacturing and testing protocols to ensure the lactose free milk achieved the same high standards as our traditional milk." said Andrew Tabel, Managing Director of Guernsey Dairy.

Andrew hopes that islanders like Peppe will choose the local product which he says contains all the natural healthy constituents of regular Guernsey milk but without the lactose.

"Unlike imported variants, Guernsey Dairy milk supports the conservation of our unique rural environment designed to maintain Guernsey's traditional countryside whilst enhancing the island's biodiversity.  From grass to glass it has travelled just a few miles," said Andrew. 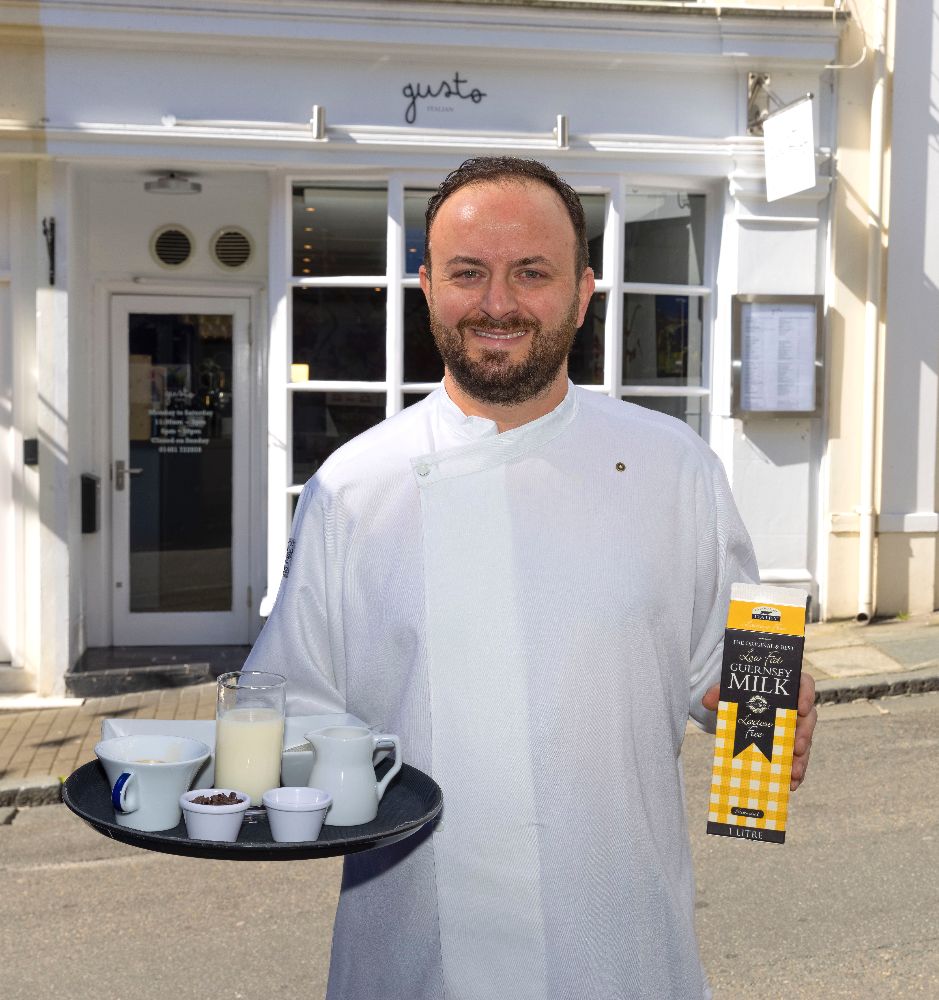